Who could've impressed us more than Bubba Watson, as he always does. At the TPC Twin Cities, Watson sure did impress a lot of people with a creative shot, and it's ridiculously at 54 feet. It occurred at the 12th hole wherein he had his ball through a bunker, flipped his putter and finally hitting it Bubba-style. It was one shot you rarely see, in fact, you don't see everyday and only Bubba does that. He eventually finished the 2nd round with 68, and with some appreciation after that inventive display of his shot-making skills.

Click here to view the video of Bubba's creative shot at the par-12th. 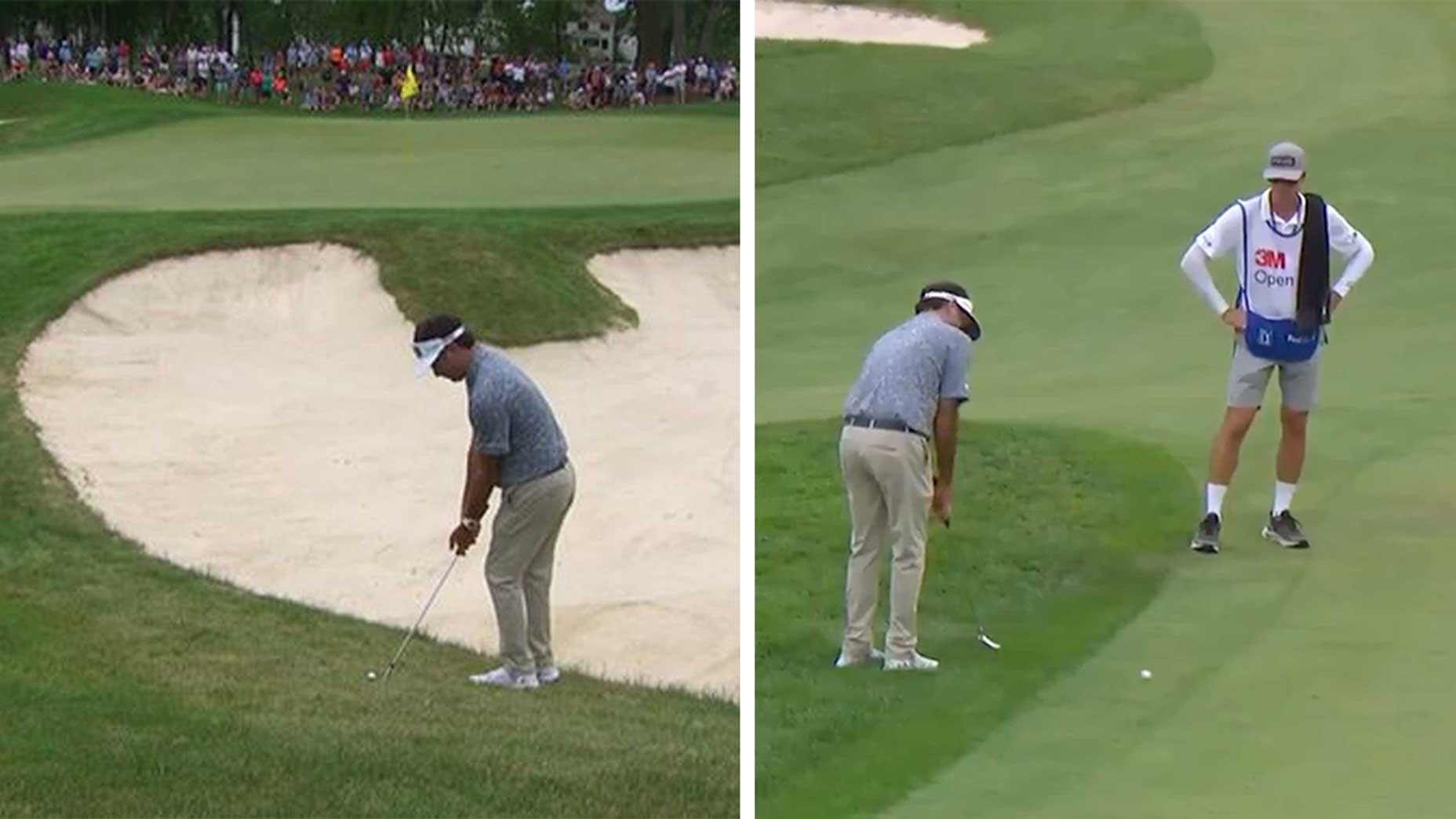